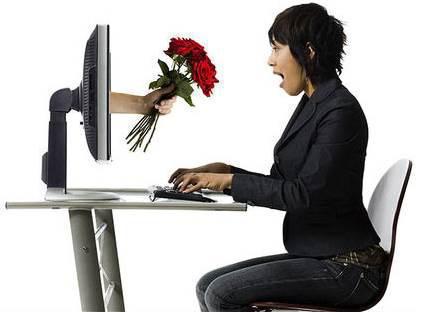 Men are just as enigmatic to women as women are to us, and first dates are no less terrifying. We’re looking to impress you and we’re not entirely sure what’s going to play well or not. We reassure ourselves that if it works out, it works out, and if it doesn’t it doesn’t. We tell ourselves to be ourselves, and then we second guess everything that comes out of our mouths. We try to play it cool because we don’t want to seem clingy, and then we’re worried that we’re not expressing enough interest so we over compensate.

The best datings tips I always give friends is not get too focused on the outcome. Horrible dates do happen, but the worst thing that comes of any of that is that you’ve wasted a couple hours. You won’t get anything out of life without risking something, so a couple of hours for a relationship isn’t all that bad. But rejection sucks for us, which is why so many of us think we have to play it cool. We’ve been told that women respond well to not being chased, or being ignored. Meanwhile we’re losing women we would love to be with because they think we’re not interested in them.

So here’s the best advice that I can give a woman who’s wondering what’s going on in the head of that guy they’re interested in.

The 3 Best Dating Tips for Ladies

(1) Guys Need to be Romanced Too

There is such a thing as guy romance. No, it doesn’t involve flowers and candle lit dinners, but we too need reassurance because not knowing where you stand sucks. If you’re looking to see where you stand with a guy, let him know where you stand with him. If he feels the same, then he’ll feel comfortable letting you know and reciprocate your feelings. If not, then he may not be into you and it’s time to move on.

(2) Beware of Men who Give Away their Heart too Easily

They’re either playing you, trying to play games with you, or you’ve found someone who’s likely to be a clinger. Guys let you know how they feel in subtle ways. They enjoy spending time with you. They find reasons to be with you. It’s subtle, but it’s there. Guys who are overly flattering, or express their emotions verbally, especially in terms of positive feelings they have about you, fall into the category of untrustworthy. It may seem counterintuitive, but men who truly believe what they’re saying are even less trustworthy than those who know they’re lying. Guys who express deep emotional bonds after the second date are likely possessive, controlling, and only expressing those emotions as a means of pinning you down. What they really feel is intense fear that you will leave them, jealousy over possible male competitors for your attention, and a thinly veiled hatred for the power that you hold over them.

In instances like this, your best bet is to run.

(3) Some Guys (and Girls) aren’t Meant for Monogamy

But a lot of them are and prefer monogamous relationships to a series of casual encounters. Understanding that if one guy doesn’t want the same thing from a relationship that you want, it isn’t going to work, and it’s no one’s fault, will go a long way in helping you move forward without baggage. This is just as true of us as it is for you, but important nonetheless.