Why Men Shouldn’t Get Dating Advice From Women 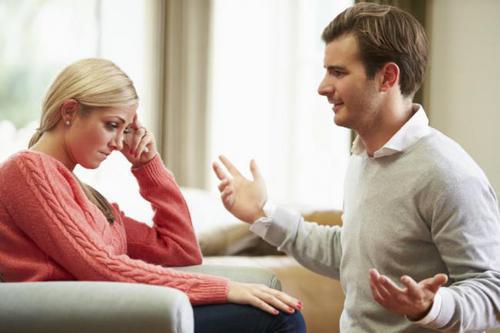 Why Men Shouldn’t Get Dating Advice From Women

A Story About How Bad Dating Advice Can Wreck Your Relationship

Half the advice you will ever get will be crap. Why? Because when you ask people about relationships, they’re going to immediately try to construct an objective truth from their personal narrative. In fact, that’s what I did just now. I remember asking a friend of mine about a situation I was having with my boyfriend. She sense my apprehension about an issue of fidelity and immediately “knew” that he had been unfaithful to me. Why? Because she had been cheated on before. Now this is something you probably don’t realize that you’re doing – I didn’t realize it at the time – but I sure knew that she had been cheated on by her last boyfriend when I began talking to her about my current situation.

You see, my boyfriend had kept close contact with an ex of his, and it wasn’t unusual for them keep in touch, talk over facebook, or hang out for lunch. Things being great for awhile, I didn’t think much of it at first, and in the beginning of a relationship, it never really occurs to you to keep tabs on that sort of thing anyway. But like all relationships, when the novelty wears off, the relationship enters a critical phase and either falls apart or gets stronger. During this period, I felt like his commitment to me wasn’t as strong, like he wasn’t going out of his way to text me during the day, and it would slip his mind to say hi. I was used to him being very engaged with romantic exchanges, so when this tapered, I started to wonder about what was happening, and naturally felt like he was emotionally moving in a different direction. I fixated on his ex and the friendship that they had maintained. I secretly wondered if his relationship with her was stronger than his relationship with me.

When I described the situation to my friend, she gave me the only dating advice she knew how to give, and to date it was the worst dating advice I’ve ever gotten. She of course told me, that he’s probably still got feelings for her, that I’m just his piece on the side until she comes around, and that he’s probably still sleeping with her. In fact, she confirmed everything I feared, as I knew she would.

The problem was, of course, she told me exactly what I wanted to hear. Without realizing it, I had set this whole thing up.

Relationships naturally go through phases. That’s what I needed to hear then, and if I had known that I may have no sabotaged my relationship by being paranoid and accusatory. I ended up basically accusing him of sleeping with his ex, and though he denied it, he was hurt and offended enough to lash out at me. Our relationship did not survive the accusation, and now, even as I write this article giving dating tips to other women out there in the world, I know in my heart that relationship could have been special. Suffice it say, my fears were largely unsubstantiated, and I was reacting to an imagined downgrading in the intimacy of a new relationship. It occurred to me later after a couple more relationships, that most relationships don’t survive that novelty phase, but those that can are true love. So if we’re ever going to get there, we’re going to have to give it a chance, and not sabotage it ourselves.